We collect specific data from you directly, such as personal information you give us when you complete a form and data about your participation and activity on the platform. If you want to know more, you can read our Privacy Policy here.

Like a true Sandy Pointer, Kenneth ‘Kenny’ Douglas is very proud of his community and the very rich history and traditions of which it boasts.

The last of fifteen children, Kenny was born on February 11th, 1975. He was raised by the community of Sandy Point and has dedicated his life to the advancement of his community Sandy Point, Fig Tree and La Vallee.

From a very young age, Kenny had a knack for sports, youth development, and education. This prompted his decision to pursue a career in teaching and physical education, which he did right out of high school in 1994.

Kenny has spent a total of 24 years as a teacher at various schools including the Dieppe Bay Primary, Washington Archibald High and Charles E Mills Secondary schools. He provided leadership in the sports programmes at these institutions and helped those schools advance tremendously through sports. 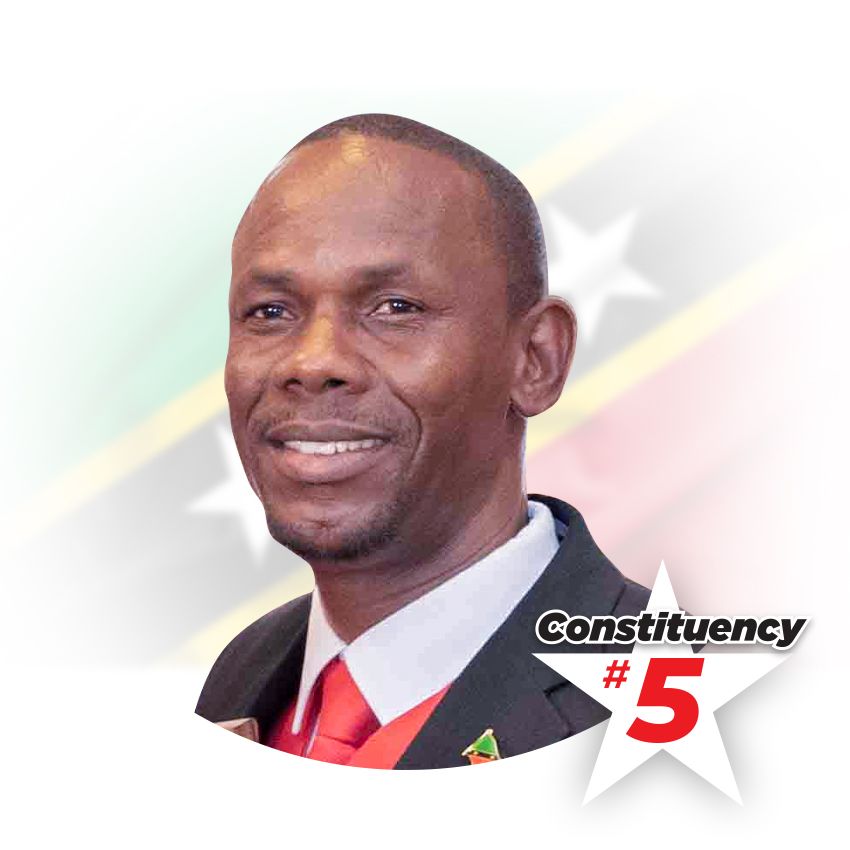 Kenny is a firm believer that education and sports are two avenues to deliver solutions to many social ills plaguing his community and St. Kitts and Nevis. He wants to help fight crime and poverty. He often proclaims that children are the future, education is the best way out of poverty, and involvement in sports is one of the best ways to keep yourself occupied.

This belief guided Kenny through his many endeavors as a coach at the primary school, secondary school and at the national levels.

His zeal and success as a Teacher and Head Coach led Kenny to a scholarship opportunity in Cuba where he was given the opportunity to pursue and complete a Bachelor’s Degree in Physical Education and Sports with a concentration in Physiotherapy.

Kenny’s stint in Cuba saw him as a representative of his people and fellow students studying in Cuba at the time. His efforts and work as a student-leader prompted the government of St. Kitts and Nevis to open an embassy in Cuba and place Kenny as the resident Ambassador there.

Kenny is known around the Federation for his involvement in sports as a trainer, coach, physiotherapist and much more. Kenny loves to assists, and he loves to serve people with honesty and persistence to achieve positive results.

His love for people and his desire to assist them in advancing motivated him to take the bold step as the candidate for constituency No. 5 for the St. Kitts-Nevis Labour Party.

Kenny believes that the people of Sandy Point, Fig Tree, and La Valle deserve much better representation than they are getting today. Through the lenses of his humble beginnings, he pledges to make Constituency No. 5 the best place in St. Kitts and Nevis to live.

Kenny believes that the same opportunities afforded to him and others should be afforded to everyone.

He aspires to make available more affordable housing to the neediest young men and women within the Federation, as well as to launch an improved education initiative that will provide greater assistance to students. Kenny has committed himself to creating good-paying jobs and youth programs that would bring about positive development in Sandy Point and St. Kitts-Nevis, develop a Pro-Poor Investment Project to change the quality of life of the poor and ordinary people in Sandy Point, Fig Tree, La Valle and St. Kitts, and invest heavily into the local sporting sector.

What is for Kenny is for all the people of Sandy point, Fig Tree and La Vallee.

24 years of service in the education System; Sports training with the national cricket and football teams; regionally represented the Leeward Islands Cricket Team as a physiotherapists and trainer.

Voted Teacher of the Year at Dieppe Bay Primary during school

Teacher of the Year at Washington Archibald High School

I love to laugh my heart out; I am jovial to the bone.